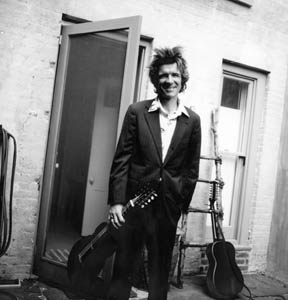 I mean, the guy's face is everywhere--you can't read a word worth writing about decent kids music without seeing his name. What's the big whoop?

I'll tell you (according to me): it's because he's the man. Honestly, I can say that I wouldn't have ponied up and made my CD if I hadn't ever encountered his music. Okay, so we're still on "why he's a big deal to me"--and since this is my blog, we may stay here, but I have this feeling on the inside that I'm not the only semi-talented, semi-funded, indie-kid-music-making chick out there with the same story.

Before I made my CD, I didn't listen to a lot of kids music--I mean, we had three dollars less than "no money" for quite a while, and CD-buying was not on the list (it fell somewhere after groceries, as I remember). The only "kids" music we listened to was the stuff people bought for us--and mostly we listened to it once, and then we promptly gave it away to the Goodwill for somebody else to um, er, enjoy.

I started writing the songs we sang in my sons' parent participation group because I didn't know any other kids songs besides "Dinah Won't You Blow" and "The Wheels on the Bus"--and I was bored. I'd already written a fat stack of songs by the time I'd heard of Zanes.

I still remember hearing the song "Thrift Shop" for the first time: Sandra Bernhard pairs with him for this song--and I listened the first time because I LOVE to thrift shop and so do my boys (as if they had a choice), and I remember playing the song back a second or third time to "check" what I thought I'd heard: It seemed like MAYBE Sandra didn't hit every note just right. In fact, maybe she had sort of a medium voice.

I checked. It was true.

And that fantastic thing about it was that I LOVED THE SONG. I won't even say that I loved the song ANYWAY. I mean I LOVED THE SONG. Part of her gutsy-belt-it-out-just-as-it-is was what makes the song so deliciously terrific. And it was this green light for me to go for it with my own music.

The big deal about Zanes? He's told the world that making music oughta be about good times. I'd say that's worth a big whoop.
Posted by --ginger. at 10:50 AM 2 comments:

Our CD made the FIDS & KAMILY AWARDS--we're on the list of the BEST KIDS ALBUMS OF 2006!

Yipeeeeeeeee! [insert image of me jumping up and clicking my heels together like a leprachaun or a toyota-buyer]

Actually, this is how happy we are: 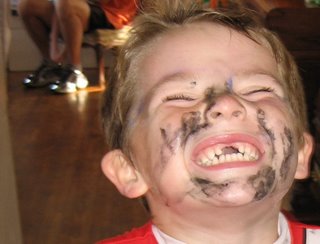 Those are really nice people over there. Our real and true thanks to them for picking us for their team. (It's like better than the line-up for dodge ball teams in 5th grade. We got picked.)

If you want to hear Bill Child's dramatic read-off of the list, check out his kid radio show SPARE THE ROCK, SPOIL THE CHILD.

We'll be clinking cups all day long over here at our house.
Posted by --ginger. at 8:35 AM No comments: 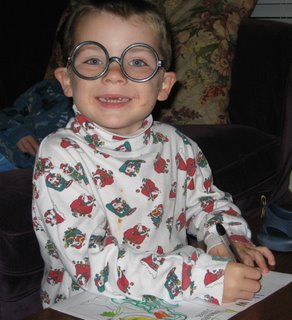 "How do these work?"

Good. Hopefully Harry Potter won't need them back.
Posted by --ginger. at 9:47 PM No comments:

Okay, I know you're going to say, "But wait--I thought you were THIRTY-NINE and not FOURTEEN AND A HALF"--but to tell you the truth, I really LOVE watching The Gilmore Girls. (It's some of what my thirteen year old niece and I have in common . . .) I know it's hip to love LOST and that SIXTY SECONDS SHOW or whatever: c'mon people my age watch GREY'S ANATOMY and the cooking channel.

Not me. I really, really, really like the fast-talking sarcastic-mouthed Gilmore Girls. Amy Sherman Palladino is my kind of television writer.

The part about the arm band: she left. Amy, I mean. She left. I can't get the whole story (mostly because I'm not willing to read all the gilmore blogs), but she's not there any more. And now it's like watching your favorite movie when you're in another country and all you can hear is dubbed-over japanese on top of Gone with the Wind. (It looks famliar, but it's juuuuuuuuuuuuuuuuuuuust not the same.)

I am sad, and I am sharing.

I'd say more, but I think you may find out that I'm even dorkier than I sound already. And, um, that seems tragic.

A moment of silence, please, for my favorite show. I can't believe it, but I think I may stop watching. I feel oddly sad, like someone I liked has moved away.
Posted by --ginger. at 7:44 AM 1 comment: 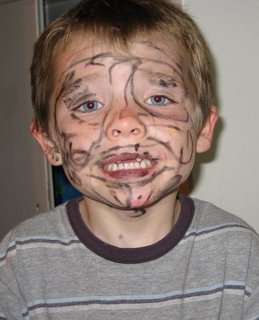